Like it?  Get it on [itunes link=”http://itunes.apple.com/us/artist/modern-english/id755615?uo=4″ title=”Modern English on iTunes”] 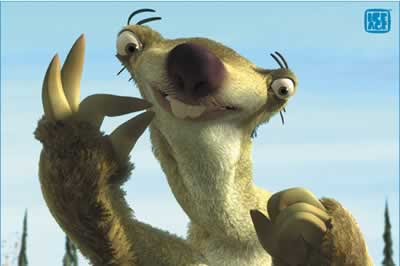 Ok, is it just me or did lead singer Robbie Gray of Modern English bare a striking resemblance to Sid from the Disney movie Ice Age back in the day?  Originally known as The Lepers, the band formed in the Essex region of England back in 1979 and, aside from Sid…err Robbie, the original  line up consisted of Gary McDowell on guitar/vox and Michael Conroy on bass.  It wasn’t until drummer Richard Brown and keyboardist Stephen Walker joined the group that they (thankfully) changed their name to Modern English.

While they were best know for the alternative anthem of the ’80s, “I Melt with You,” there was another track that was also released on 1983’s After the Snow that I find to be quite diggable as well. From the synths, to the drums and everything in between, “Someone’s Calling” is pure ’80s new wave/electronica through and through and a track that I hope will be around long after the next ice age.  Dig it…