It’s Halloween, my pretties, so it seems rather fitting that we pimp a little pychobilly from The Brains.  The uncensored video for “Screaming” (above) is from their just released Drunk Not Dead album so if you digz it click the iTunes link above and get you some.
Stay safe this evening and if you hear something go bump in the night, fret not…it’s only Froglix and we don’t bite…much.  Mmmwoo hah haha!

I feel like we’ve been on a bit of a New Order theme here in the last few months. Back in June we had a Joy Division flashback. Then two Friday’s ago we featured New Order’s “Blue Monday” for our Friday flashback. And then just last week we mentioned Andy Hawk’s cover of “Temptation” making use of the mandolin (which is awesome by the way).

Well, today we pay a bit of homage to New Order yet again. Peter Hook features in autoKratz‘s latest single “Becoming the Wraith”; and, the bass line melody contributed by Hooky is absolutely unmistakable. Combine that signature bass with the hookalicious chorus and you have a recipe for an electronica anthem. And for those of you better-versed electronica aficionados, check out the entire Becoming the Wraith EP. I’m sure you will more greatly appreciate the remixes, especially the Night and Day mixes by French producer Alex Gopher. 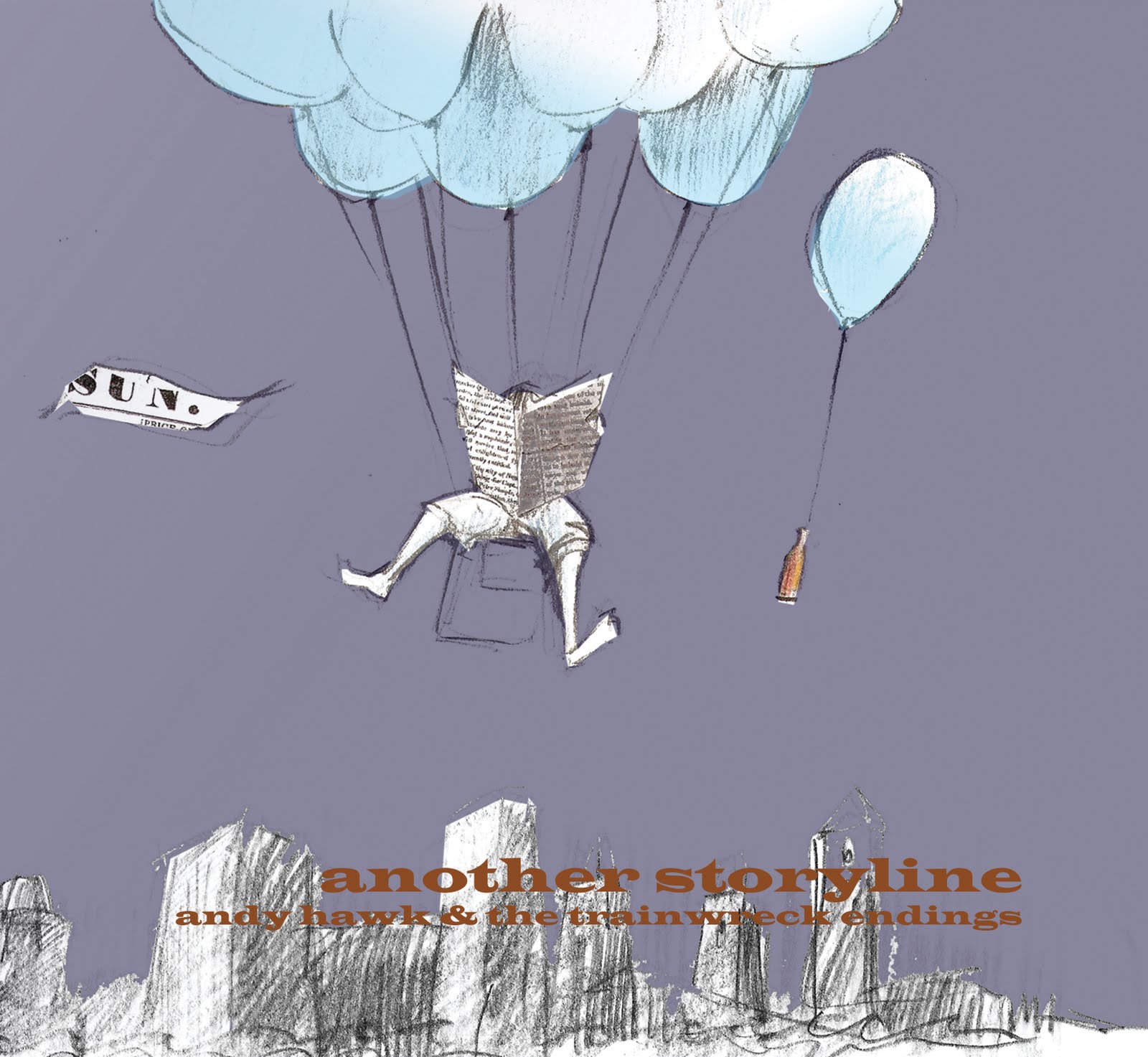 “It’s Americana-ish!” is how Andy Hawk describes his latest studio effort with the Train Wreck Endings and if you’ve heard any of their previous work you’d find it hard to put them into one specific category or genre too.  This, my friends, is a talented group of musicians that effortlessly blends folk, blues and rock into their own special brand of truly American music.

In addition to a new set of original tunes, the soon to be released disc entitled Another Storyline also includes a rocking cover of New Order‘s “Temptation” that features a mandolin as a stand in for the synths….very nice. “Sunshine Street,” my favourite original track, starts with a punchy little bass line paired with the perfect drum cadence…add in some excellent vocal harmonies and, of course, more mandolin and you’ve got a cool little ditty.
Froglix greatly appreciates Andy and company for allowing us a “sneak peek” at Another Storyline and would be remiss if we didn’t do a little pimpin’on their behalf by promoting their upcoming CD release party.

Be sure to check out www.andyhawk.com for details, tickets, etc. 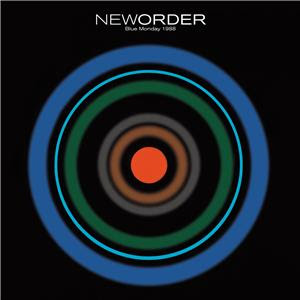 I had been anxiously awaiting the new full-fledged album from the Romanian alternative rock outfit Grimus, and so I was very excited when I was sent a preview of it a few weeks ago. Egretta: As If It's Real turns out to be a complete body of work showcasing the full range of talent from this Transylvanian six-piece. It’s worldwide release is still a few more weeks away so I’ll be sure to remind you when you can get it for yourself. You can also check out three (3) tracks off the album (“Started” review, “Face The Light” review, “Vanity” post) we have already featured on Froglix Radio. But I want to focus now on the stand-out tracks we hadn’t heard yet.

From the very first track, “Cave” delivers everything I’ve come to expect from Grimus. Pulsing guitar, driving drum beats, simple but solid melodies with perfectly subtle harmonies. It’s a perfect introduction to what this band is all about. And I was so pleased that the first track was just as solid as all their previously released singles. It’s not an album of their hits mixed with fodder. This was a sign to me that the whole album would be worth listening to. And I wasn’t disapponted.
Grimus – Cave (clip)

Grimus continues to impress me with tracks like “Nature Falls”. A poetic bent on lyrics are all too often missing from popular music and is always greatly appreciated by yours truly. The start of this song paints such a vivid picture of our universal desire to be free; and I can’t do it justice by recounting it here so you’ll have to take a listen for yourself. Then after the scene is set, the harmonies drive it in, internalizing that yearning personally for me. This is easily one of my favorite tracks on the album.
Grimus – Nature Falls (clip)

The track “Egretta” takes on a bit of a different mood from Grimus’ other singles. One thing I love about Grimus is the feeling of angst they can deliver without falling into the typical “emo” clichés. The title track brings a calmer angst making it feel all the more heartfelt. The lyrics “…all I was trying to say to you…” feel sincere. Indeed, all Grimus is trying to say to us in this album feels sincere. For me, this is one of the must-have albums of the year.
Grimus – Egretta (clip) 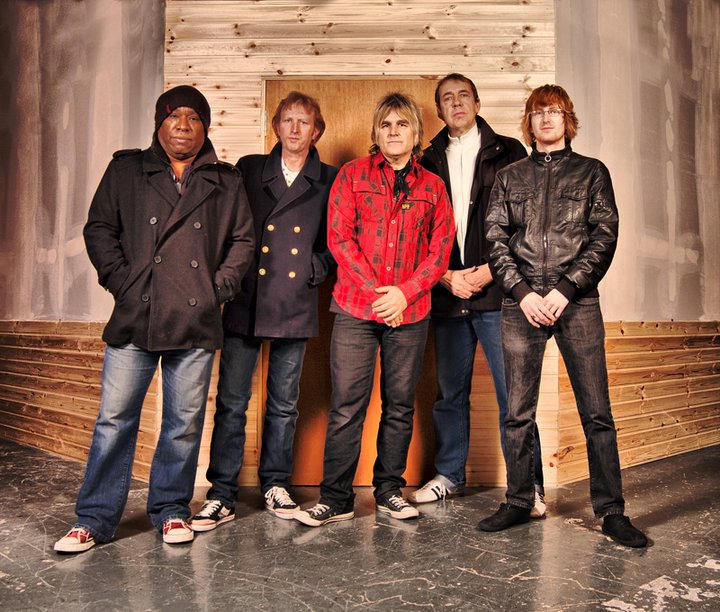 I was in Mississippi visiting my grandparents for the summer when I first heard them.  I had snuck out of my room to catch Saturday Night Live and the musical guest that evening was…you guessed it…Big Country.  It was their American television debut and I was completely blown away.  Their sound was unlike anything I’d ever heard and, almost instantly, they became my favourite band of all time.  I bought every album and, even now, listen to at least one Big Country song just about every day.  I count it among one of my good fortunes in this life that I was able to watch them “grow up” as a band right before my eyes and ears and, needless to say, I was quite taken aback the day I learned of lead singer Stuart Adamson’s death.  Distinctly I remember my friend Josh, a huge BC fan as well, and I commiserating, reminiscing about our favourite songs just trying to make sense of what, to us at least, was a senseless tragedy.

Fast forward to 2011.  I am scanning for Facebook fodder one Friday afternoon when I happen upon a curious post from Treading Lemmings frontman Quinn.  Big Country is back together?  What?  How could this be?  Soap opera scenes of characters who had been killed off in early episodes returning after a case of mistaken identity flooded my consciousness.  Is Stuart back with us and, more importantly, has he seen and/or spoken to Elvis?  Inquiring minds want to know.  Alas, ’tis not the case.  I am somewhat perplexed to find The Alarm’s original front man, Mike Peters, has joined the band for it’s 30th Anniversary tour.  Oh…and I suppose they are going to change their name to the Big Alarm now too. That’s just great!

Having not yet even heard this new incarnation of my most beloved band, I wanted to hate them.  However, try as I might…I just couldn’t.  I scoured YouTube for live footage of performances and was once again blown away by what I heard.  Maybe not so much as before but a respectable amount of “blown awayness” for sure.  Bassist Tony Butler still sounds amazing as do the other members of the band.  Peters, thankfully, is not trying to be Stuart or evening like him.  He’s just being himself…and it works.

“Another Country”, the track featured above, is the band’s first new single in over (12) years.  It was produced by none other than Steve Lillywhite who worked with the band on their first two albums.  European concert dates in the early part of 2011 gave way to additional dates in the Spring.  Hopefully, they’ll be making their way across the Big Pond as I would do just about anything to be able to see these cats live.

Take a listen to the “flash forward” above and be sure to check out the band’s 2011 live performances on YouTube.

“Red Room” is track #1 from indie rockers goodbymotel’s latest EP Wish Your Way and features the lovely Francesca Vuillemin, a fashion model who, like the band, also hails from Australia.  As the story goes, she and the band’s bassist were hanging out one night in New York drinking coffee and decided on a lark to shoot a video. Just them…no crew, no pomp, no circumstance…just (2) creative people and (1) camera.  Eat your heart out Spielberg.

Enough about the vid as you can partake of it yourself and formulate your own opinion.  As for the song though, it’s de-lovely as is the EP as a whole.  “Red Room” and “Burning Since Sunday” share the same type of gritty guitar intro that is undeniably indie while “Remember” kicks off with a bit of an eclectic bass line that is quite interesting.  Intros aside, all (3) of these tracks showcase the bands energetic style and love of intertwining vocal harmonies and melodies. However, the title track is much more of a low-key, ballad-esque type of tune that surprises the listener with a well placed falsetto that would turn even Coldplay green with envy.

After listening to the aforementioned EP about 20 times, I wouldn’t be surprised if goodbyemotel and/or Wish Your Way  end up winning a Froggy this year…but there still quite a bit left yet to 2011 so we shall see.

***BTW – the band is offering up the EP as a free download so visit their site and get it!